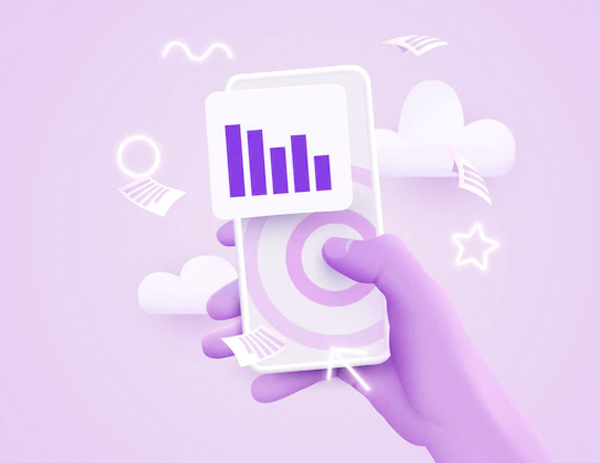 After all, they are loaded with thousands of essential features like data connectivity, artificial intelligence, entertainment, educational and business applications, social media, etc. Consequently, people find it inevitable to stay away from their phones for long, and so do Australians!

Did you know that over two million Aussies, who were previously mobile-free, bought smartphones in the last five years? Read our guide for more Australian smartphone statistics!

Some key highlights of the smartphone usage in Australia are:

How Australians Use Their Smartphones

Aussies use their smartphones for accomplishing a plethora of tasks ranging from trivial things like planning their schedules and meetings to essential tasks like digital payments and managing businesses. Some other uses include capturing photos and videos, reading news updates, weather forecasts, tracking fitness and health, gaming, entertainment, etc.

Furthermore, smartphones are increasingly being used for streaming OTT platforms like Amazon Prime, Netflix, Apple TV and Hotstar. They are quick and portable sources of entertainment for Australians in addition to the large number of music apps like Spotify, Apple Music, etc.

45% of the people watch live TV on mobile devices, while 23% use them for movies and TV series. Additionally, six out of ten Australian households use smartphones in place of three other commodities like a road directory, phone book, calculator, camera, alarm clock, and calendar.

How Children Use Their Smartphones

According to the Sydney Morning Herald, over 68% of children aged between 3 and 17 own smartphones and use them for 21 hours and 48 minutes weekly on average. The majority of Australian kids and teenagers use their smartphones to take videos or photos, use various phone applications for creative and educational purposes, and play games.

1,375 parents took this survey and raised their concerns regarding time-sapping phone usage. They were also worried about their children’s safety as smartphones expose kids to cyber crimes, malpractices and sexting from an early age.

While 66.67% of them said they had laid down some basic guidelines and discussed safe usage with their children, 25% reported facing difficulties in carrying them out successfully. Justin Coulson, a Sydney-based family researcher, recommends that the minimum age to provide kids with a mobile device should be 12 or 13.

Here are some other stats concerning smartphone usage among Australian children for more clarity:

In the modern age of technology, staying away from your smartphone for a few hours seems like a huge task. At least that’s what the Aussies have been feeling, according to the statistical data.

An average person spends about 5.5 hours on their phone every day, which in the bigger picture equates to 16 years and six months. And this figure stands true if the age of starting mobile phone use is ten years.

The youngsters, especially Gen Zers, are taking charge of this trend with an average screen time of 7.3 hours. At the same time, Gen Xers and Millennials are only a little behind, with an average of around six hours. However, the figure reduces to half (3 hours) for people born before 1965, popularly known as Silents and Boomers.

Whether technology is a boon or bane has been much discussed among intellectuals for years, but the demographics can give you an accurate idea. According to a Deloitte survey, two-thirds of the Aussie survey-takers believe that smartphones are helpful in daily activities, and 48% think that they provide freedom.

Furthermore, a little over 80% of Australians (who took the survey) say that their mobile devices give them a sense of security, knowing they are accessible in an emergency.

Primarily, smartphones connect people with each other and provide access to easy communication modes like phone calls, texts, and social media. Approximately eight out of every ten Australians socialise with their family and friends using their smartphones at least once a week.

However, their most frequent mode of communication is still in-person, as about 50% of them interact with their family and friends face to face once every day on average. Still, it cannot be denied that smartphones have simplified socialisation for introverted and shy people.

Australians believe that there are several negative impacts of smartphone usage and one in every ten of them find it annoying, whereas four in every ten find it pretty distracting. In fact, 32% of users said that using mobile devices triggered anxiety and increased stress.

One of the common drawbacks is over-reliance on the smartphone, especially among the younger section of society. In a Vodafone survey, 45% of customers said that they wouldn’t be able to live without their smartphones.

Another downside is security breaches and data safety, as cybercrimes and data leaks are quite prevalent these days; 87% are afraid of falling prey to them. Additionally, mobile phone use while driving is also a common sight, and 82% fear that they might get distracted.

How To Reduce Screen Time?

Undoubtedly, overuse of smartphones has several negative effects on your health and puts you at risk of addiction. So, it’s better to monitor your usage and try to tone it down before it’s too late. Here are a few easy and effective ways to go about it:

Smartphones allow users to monitor their screen time to help them track their usage. If you set the timer for one hour, a message will automatically pop up after the said time, reminding you to take a break.

2. Have No-Tech Zones In House

Assign a few areas in your house where smartphones are strictly not allowed. Don’t take any electronic gadgets to these rooms; instead, sit there to meditate, read or practise a hobby.

The accessibility of the internet on a smartphone has become a powerful tool for businesses and e-commerce. It has significantly impacted how business owners run their stores and advertise their products or services.

Speaking of which, Australia is the tenth-largest e-commerce market worldwide in terms of revenue collection. Over 81% of the Australian population shopped online, equating to around 20.3 million online shoppers. They spent $62.3 billion buying online goods in 2021, representing a 19.3% share of the total retail sales.

Smartphones have made it convenient for users to look for services and products online from their favourite brands. They can filter out the search results based on their preferences like the store location, delivery time and product specifications like colour, brand, size, availability, etc.

This mode of shopping facilitates faster checkouts, online bookings, and digital payments, eliminating the need to step out of your house and visit a physical store. So, it has increased the competition for the old school stores that don’t have a well established online presence.

Small and medium businesses use several digital strategies like Facebook ads, Google Advertising and leveraging search engine optimisation services to increase their customer reach. They target their ads toward a specific set of customers and gain leads over the physical stores.

These practices have fundamentally changed and evolved the advertising and marketing industry.

Shedding light on all the major figures and facts, we’ve reached the end of our guide.

It’s clear that Australians are heavily-dependent on their smartphones and use them for several hours a day. Although it poses health risks (both mental and physical) to the user, it has a good economical impact.

And we’ll sign off on that note. Take care!