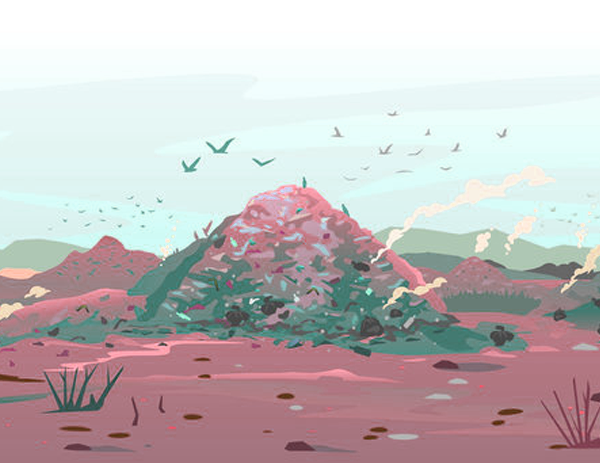 Australia is among the top developed countries when it comes to waste production. Not something to be proud of, is it?

Our waste production has been on the rise for the past few years, despite having multiple waste management and recycling schemes. That’s why we are here to inform you about the alarming situation with some waste and landfill statistics. We will also tell you about a few simple steps you can take to manage the problem at the ground level.

Waste And Landfill In Australia

How Much Waste Does Australia Produce?

Why Is Waste Production On The Rise In The Country?

The rise of waste produced in different sectors of the country can be traced to the developments in technology and modern living amenities. In fact, waste production saw a significant 13% hike from 2017 to 2019 (67 to 76 million tonnes).

Furthermore, the country has produced about 76 million tonnes of waste, which accounts for a little less than 1.5 kg of waste per head per day. While households procured 20% of this waste, the construction and manufacturing industries generated a combined 25%. Half of this waste was sent for recycling, while about 23% (or 29%) ended up in landfills.

Today, the average Australian produces nearly 550 kg of waste annually, out of which 140 kg is plastic-related. Hence, they may end up producing more than 40,000 kg of waste in their lifetime.

How Much Plastic Waste Is Produced In The Country?

It’s no surprise that plastic products are one of the biggest contributors to waste in Australia, with the annual average plastic waste production being about 3.5 million tonnes. And households produce just a little less than half (47%) of this amount.

But we were shocked to find out that approximately 130,000 tonnes of plastic waste find their way into the water bodies of the countries. This means that the oceans see about 1,300 kg of plastic being dumped per hour.

Moreover, Australians go through more than a billion coffee cups, bottles made from single-use plastic and thrice the amount of plastic straws, most of which are unrecyclable and are dumped in landfills. This is evident from the fact that only 12% of the total plastic waste generated in the country was recycled in 2020, while 81% of it was buried in landfills.

Some of our readers may know that plastic waste accounted for only 4% (or 3.5 million) of the total 78 million waste produced in Australia during 2018-2019. And although this may seem to be less, the several damaging effects of plastic on the environment make it nothing less than a severe hazard.

What Is The Average Daily Plastic Consumption In Australia?

Australians also tend to throw away a staggering 15,000 plastic bottles and cans every minute or more than 21.5 million each day!

How Much Food Waste Does The Country Produce?

By now, you must have got a fair idea of just how much waste the average Australian is capable of producing in different sectors, and food waste is no exception. In 2019, the Australian population managed to generate over 9 million tonnes of food waste, which set back the economy by $20 billion.

What About Textile And Mattress?

Textiles and mattresses, which easily rank among the most used commodities in the country, contribute significantly to the annual waste generation and subsequent landfills. If we talk about just a couple of years ago, Aussies were responsible for producing 250,000 tons of textile-related waste in the form of:

Furthermore, just a little more than 1/4th (or 26%) of the total textile waste produced in Australia qualifies for recycling. Similarly, the total mattress waste accounts for about 1.25 million, most of which have either an innerspring or foam construction.

Although mattresses can be recycled more easily, the process is pretty expensive, which is why they are dumped in landfills.

What Is The Waste Generation By The Different Sectors?

The manufacturing and construction industries remain among the largest producers of solid waste, generating 32% or more than 25 million tonnes of the total waste in the country. This amount is nearly twice of household waste.

Talking about household waste, the average Australian household can produce close to 12.5 million tonnes of waste each year.

Perhaps, electronic waste (or e-waste) is the most neglected category when it comes to recycling. Only 10% or 53,000 tonnes of e-waste is recycled in the country, meaning 90% of it is either buried in landfills or burnt. Both these practices are extremely harmful as they can contaminate the environment.

Plus, there’s an overall loss of resources that could have been used to design and manufacture cost-effective commodities.

The Landfill Scenario- What Do The Numbers Say?

Landfills, albeit designed to prevent the waste from contaminating the environment, have their limitations. And it won’t be wrong for us to say that with the ever rising waste production in the country, there may be a need to quickly create many more landfills in the coming years.

In 2019, more than 20 million tonnes of waste were dumped in landfills across the country. Today, the landfills see:

You may also be surprised to know that although recycling practices are becoming popular, only 12% of the total waste generated in 2019 was recycled, with more than 80% being directly sent to landfills. Additionally, 47% of the total plastic waste, which is a major component of the country-wide waste generation problem, is primarily produced in households.

Why Does Plastic End Up In Landfills?

One of the major reasons why plastic waste dominates landfills across the country is due to the fact that Australians have an “affinity” towards single-use plastic. Apart from the bottles, cans, and straws mentioned above, packaging material is a large source of single-use plastic. And almost 95% of it is discarded immediately.

What’s even more disappointing is that even after the Australian government spent close to 17 billion dollars on waste management in 2019, insufficient recycling remains a big problem.

How Much Waste Does The Country Export?

Although the waste export practices are currently banned, Australia could manage to export only 7% (or a little more than 5.3 million) of its annual waste production to China, Indonesia, Malaysia and Vietnam till early 2021.

What Can We Do To Reduce Waste Generation?

Waste generation can be successfully controlled by adopting the three principles of reducing, reusing and recycling. Here are a few ways that will help you minimise your waste generation:

The scary insight into the waste and landfill scenario in the country should be a wake-up call.

Aside from that, ensure that you dump your waste only into the designated community bins to prevent any unwanted or harmful contamination.

We will see you soon. Till then, keep recycling!