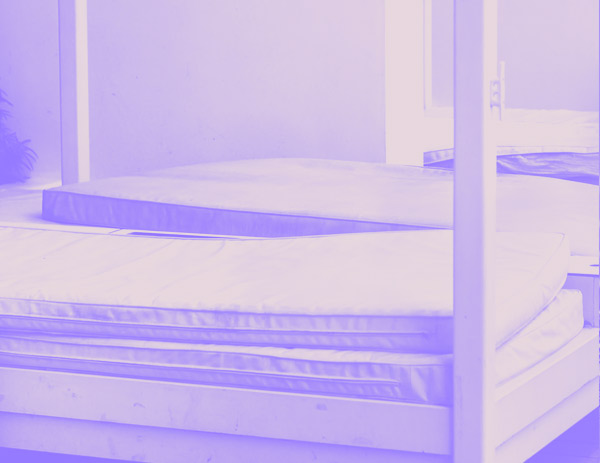 How to get mould out of a mattress?

Are you trying to remove mould out of a mattress? But couldn’t find the proper remedies to get the stubborn mould out? If yes, you are at the right place. Apart from being unhygienic, mould is hazardous to your health. Shocking, right? Many of us might not be aware of how important it is to remove mould from your mattress, and that’s why we are here to help you understand:

Mattresses consist of cotton or foam, and when they absorb moisture via human sweat or moisture present in the room, mattress mould starts developing either in pink, black, or off-white colour. You can get rid of mould by rubbing alcohol. You can also avoid mould under a mattress by maintaining the humidity level of the room. Mould can become a threat to your health as it can cause allergies and other respiratory problems.

Why does your mattress attract mould?

Mould and moisture together are like bread and butter. Just as humans require food to survive, mould thrive best when they are around a damp environment, which they gain access to via human sweat that acts as moisture in the room. In addition, other elements like dull skin, room temperature, or bacteria contribute to mould growth. Therefore, The Environmental Protection Agency (EPA) stated people should maintain below 60% humidity level.

Moreover, if you fancy sleeping on the floor with your mattress, you better flip it and give it a peep. Why? Due to the lack of ventilation on the mattress placed on the floor, mould starts residing. Now that we have done some reasoning, it is time to combat the enemy-‘mould.’

How to remove mould from the mattress?

This segment gives the ‘moment of truth’ vibe, as we are all excited to go through mould removal steps to make sure you and your loved ones have a peaceful and clean sleep. Come, let’s have a look-

1.     Firstly, take your vacuum out and get ready to suck out all the dirt from the mattress.

2.     Ready to relive your chemistry class days? For the second step, you will need to mix an equal amount of rubbing alcohol and lukewarm water and form a solution.

3.     Take a piece of cloth and dip it into the solution, squeeze it and start scrubbing on the target area but in a circular movement.

4.     After removing the mould, it’s time to rinse it off. Take a fresh cloth and dip it into lukewarm water, squeeze it, and gently clean. Please remember not to excessively wet the fabric as you may end up cleaning another batch of mould.

5.     The next step is to cleanse the area and other surfaces of the mattress by using a fabric-friendly disinfectant.

6.     Time for the mattress to have some sunbath as the mattress will dry faster and avoid any chances of mould from developing.

There are also other few tricks which you can use for removing mould, like- application of hydrogen peroxide, a bleaching agent, which is also a productive solution for mould removal. You can apply the solution to the mattress with a nylon brush and follow the similar steps above. However, there have been speculations about bleach not being productive. Hence, please do a thorough check.

Despite following the steps, if the mould stain gets too tenacious, a mattress cleaner can always come in handy. Nevertheless, if you still face difficulty removing the stubborn mould, your mattress still has hope for salvation. Take assistance from professionals who will use unique methods and equipment to make sure your mattress looks and feels brand new again.

How to prevent mould under a mattress?

Coming straight to the point, here are a few measures you can take to prevent mould from invading your mattress.

There are also other factors, especially in Australia, which are affected due to mould. Let’s have a look at some facts-

Right from understanding the root to removing mould and the harm it can cause, it is 100% necessary that you remove mould from your mattress and regularly keep an eye on it. Also, if you are more into visuals, check out the video in the article to help you understand the whole mould removal process. You could get a new bed if there is a severe problem; check out our best mattress review, and finally, we hope you will have a peaceful sleep.