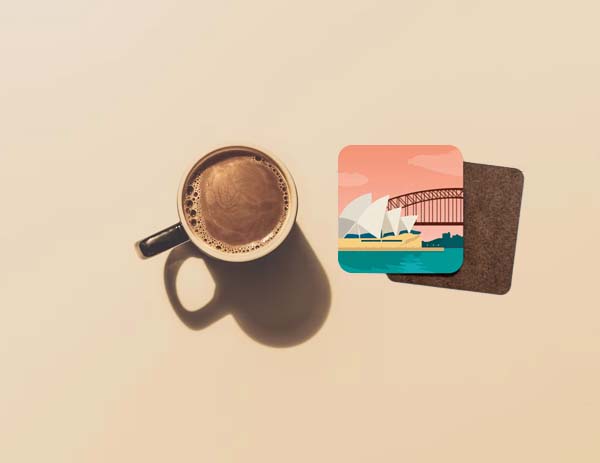 For many people, a cup of coffee equals all the happiness in the world!

No matter which part of the world you go to, it's hard not to find coffee lovers. And Australia is no different. Although the "coffee culture" in the country didn't find its feet before the late 1960s (people before that were hooked on tea), it hasn't looked back since then.

As the number of people drinking coffee in the country continues to surge, we thought it'd be a good idea to introduce both pros and first-time coffee drinkers with some interesting coffee stats. So, let's dive in!

1. One In Four Australians Need Coffee To Survive

The love for coffee is prevalent worldwide. But if you want to examine the bond that Australians, in particular, have with this beverage, then let us tell you that more than one in four people has admitted that they can't survive without it (having at least one cup each day). And nine out of ten people have some sort of a liking for coffee.

Although the Builders generation may not have a strong affinity with coffee, it's no surprise that the majority of the Australian coffee drinkers comprise generation X and Y. Plus, four in five Australians are happy to regularly spend money on coffee, i.e., at least once in an average week.

Interestingly, the instant coffee and espresso lovers in the country are divided equally (each category with 39% of the population). While the former is preferred more by older generations, younger generations are inclined towards the latter.

Moreover, data suggests that people who like espresso are highly likely to purchase their beverages from cafes. But a majority of people (around 86%) who like drinking coffee, in general, will make a cup at home on a usual weekday.

3. The Blooming Coffee Business In The Country

What's even more surprising is that about 95% of cafés in the country run independent businesses, unlike coffee chains like Starbucks or Costa Coffee. This is because local people prefer buying coffee from local, independent stores to enjoy the authentic flavour.

The general trend suggests that Australians have a soft corner for milky coffees, which is the reason why latte emerges as the undisputed winner among the most consumed coffee beverages. As much as 33% of the total coffee sold is a latte, which is followed by flat whites (29%) and cappuccinos (18%).

Another reason behind the latte's popularity is that its creamy texture has a subtle coffee flavour, which is suitable for people who don't really like the strong taste of coffee in espresso or cappuccinos.

That being said, the preference for a particular type of coffee can vary according to the region. For instance, people of South Wales actually like cappuccinos more than the other variations.

5. Takeaway Coffee On The Rise

24% of the Australian population place takeaway coffee orders when they visit a coffee shop. While the exact reason behind this mode of order will invariably differ from one person to another, the general perception is that most people like drinking lattes, which usually take longer to finish.

Besides, this percentage contributes to making Australia the fourth country in the world with the highest number of takeaway orders, only behind Japan, the US, and Canada.

Now that we have given you an insight into coffee habits and preferences across the country, let us give you an overview of the Australian coffee market dynamics and key trends:

It's safe to say that coffee consumption is an integral part of Australia's cultural identity, which is probably why its prices remain competitive.

According to the US Starbucks Index (2019), the cost of coffee in Australia is less than what you will find in the US and European countries like the UK. The only two countries where it's cheaper than Australia are Brazil and Turkey.

However, many Australians have managed to cut down on the prices of coffees bought from coffee shops further by bringing in coffee machines. Today, almost 35% of Australian households have at least one coffee machine.

The Australian government has joined hands with the farmers to increase the annual production of coffee. Today, coffee plantations have the potential to produce almost 300,000 kilograms of coffee to meet the its undying love.

Moreover, certain areas like the Atherton Tablelands as well as the south-east Queensland and New South Wales have emerged as the top destinations for coffee cultivation, mainly due to their sub-tropical climate.

Aside from helping you energise to get through the day and, well, satisfy your coffee cravings any time, anywhere, the coffees sold in cafes provide employment to about 96,000 Australians.

On that note, we have reached the end of today's read.

We hope you had as much fun going through these stats as we had in compiling them. And we won't lie; at this point, our craving for some great coffee is more than ever!

But before we wrap up to grab our cup of coffee, we'd like to draw your attention to the fact that the coffee industry has been working to reduce waste generation in Australia.

Hence, you may find many cafes and coffee shop owners that ask you to bring your own cup. Similarly, major players are investing in circular sharing schemes to do their bit in curbing waste landfills from plastic coffee cups and other such containers.

We will see you next time with more such reads. Till then, may your coffee cup be always full!