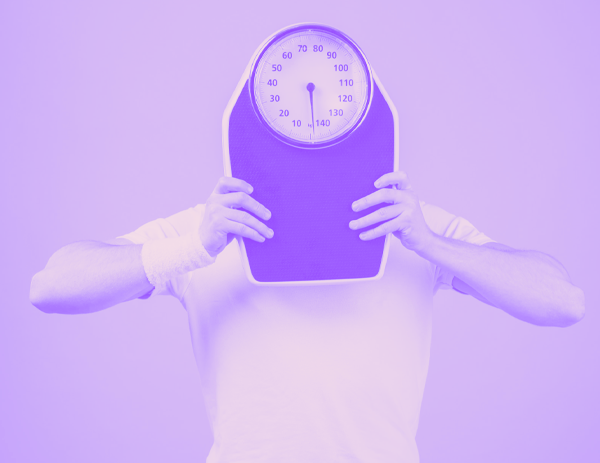 Food is the fuel apart from sleep that keeps us going. But as the old saying goes, nothing is beneficial beyond a limit.

The prevalence of overeating habits has led to one of the worst crises in the world — obesity. And Australia stands as one of the countries worst hit by the crisis.

You might observe it all-around — people in your family, neighbourhood, or among friends are obese. It might even be that you’re concerned about a family member or a close acquaintance who seems to be putting on weight and doesn't look very healthy of late.

What is the root cause of obesity? Is it just associated with eating more than required, or are there many more layers to this universal health issue?

We will help you figure all that out through this comprehensive guide, so without further ado, let’s get straight to the deets.

Many surveys, data analyses, and studies have revealed the prevalence of obesity all over the country and have categorised them under different demographics.

How Does Obesity Affect Australian People?

Now that we’ve highlighted the key obesity statistics, it’s time for more detailed insights into how the disease affects different aspects of an Australian’s life. To help you get a clearer picture, we’ll use more raw statistical data throughout:

1. Rising Costs For An Australian

You will be surprised to know that the overweight citizens of Australia account for 8.6% of the health expenditure of the country. Additionally, this lowers the outputs from the labour market by 371,000 full-time workers in a year.

And due to the significantly lowered labour outputs, each Australian has to pay an extra AUD 678 in terms of taxes annually to cover the costs involved. This implies all citizens are paying more, including those who aren’t obese or overweight.

Remember when we mentioned that two in every three Australians are obese? Now, let’s break it down further — 36% of adults are overweight, while 31% fall into the obese category.

Australia considers its adults with BMI greater than 30kg/m obese and 25kg/m overweight. It’s also evident that the prevalence of this disease has risen with time. There has been a 10% rise in the past 25 years, which makes it clear that the obesity issues in the country are becoming worse day by day.

Plus, severe obesity among the Australian adult population has grown to as much as 9%, which translates to 2.2 million citizens.

It’s no secret that obese people are more prone to developing cardiovascular diseases, diabetes (type 2), and even certain cancerous diseases. Naturally, the greater the excess weight carried, the higher the risks.

More than 5.3% of Australian adults, or in other words, more than 1 million people, are afflicted with type 2 diabetes. There are as many as 16,700 deaths associated with diabetes every year, which constitutes an alarming 10.5% of the deaths in the country. In fact, people affected by obesity are up to 80 times more likely to have diabetes.

4. More Deaths Than Caused By Smoking

While smoking causes an average of 20,000 deaths every year in Australia, the obesity-related deaths are 50,000. Due to this prevalent crisis, the average Australian lives 2.7 years less than the worldwide average.

As per the predictions of the country’s obesity statistics, the number of premature deaths per year in the next decades will be 123,000. Note that this signifies there will be 73,000 more deaths than the already high numbers at present.

As mentioned earlier, Australia is ranked 5 among all OECD countries due to its high obesity rate. But the significance of this ranking is even more alarming.

Australia accounts for 4% of the total 650 million obese people in the world, despite the population of the country making up for just 0.33% of the world population.

The Causes Of Obesity

Here are the most common traits and events that have caused obesity to increase over the years:

A large section of Australians struggles to keep their emotions under control, which often leads to the development of an overeating habit. Nowadays, this has come to be known as binge eating.

Note that one in every ten Australians engages in some form of emotional eating, out-of-control eating, or binge eating around once every week. When put into numbers, that amounts to 2.5 million people becoming obese due to their emotional vulnerability.

Studies have shown that being overweight may affect sleep health. Obese people are prone to suffer from issues like restless leg syndrome, sleep apnea, hyperventilation, and snoring.

Plus, a point worth noting here is that it’s true the other way round — insufficient sleep can cause weight gain too. It has been scientifically shown that sleep-restricted adults tend to be more hungry and intake more calories.

Coming to the sleep statistics, 33 to 45% of Australians are suffering from sleep issues. As such, these individuals can be linked to the 67% overweight population.

People who are obese don’t have the required ability to initiate a workout or exercise routine to achieve calorie-burning and sustainable weight loss. That’s because excess weight can strain your organs to a limit that it can be too strenuous, especially for the vital organs.

Compared to those who aren’t overweight, it’s much harder for overweight people to exercise, even if both are attempting the same posture.

Surprising as it might sound, Australians spend an average of 10 hours each day sitting. And sitting down too much has been shown to disrupt the body’s potential to burn calories, so it can increase the chances of gaining weight or becoming overweight.

Obesity is linked to sedentary lives since as much as 70% of adults admit to leading a life with low activity. This also correlates to the percentage of overweight Aussies.

5. Links To Some Classes, Ages, And Genders

On a global scale, obesity has been linked to poorer neighbourhoods — the lack of wealth is said to limit the access of the lower class to nutritious and fresh foods. Moreover, Australian men are specifically more overweight compared to women.

Around 74.5% of men in Australia are overweight, compared to around 59.7% of women. Plus, Australians seem to lose their enthusiasm as they grow older since the obesity statistics show higher obesity rates in both women and men aged over 55. Keep in mind that obesity levels tend to peak at the age of 65 to 74 in the case of women and at 55 to 64 years for men.

6. The Role Of The Media

Yale University Psychologists say that the media may be to blame for the rising obesity statistics in Australia. They state that newspapers and magazines have featured ads depicting skinny people that have resulted in emotional eating and other disorders.

As per the claim of these psychologists, obese people are depicted negatively, which has actually pushed overweight people towards bigger bodies. Simply put, such individuals are ashamed of such depictions.

Hopefully, our guide has alerted you to the dangers of obesity through hard facts.

As is evident from the above statistics, Australia is faced with a more critical obesity crisis than most other countries. And there’s little improvement shown in terms of the lifestyles and day to day eating habits of the citizens.

So, there needs to be a concerted action toward adopting healthier habits to improve the situation. Quite a few predictions by experts have also revealed that the number of obese people might rise to as much as 80% of the population unless there is a major transformation.