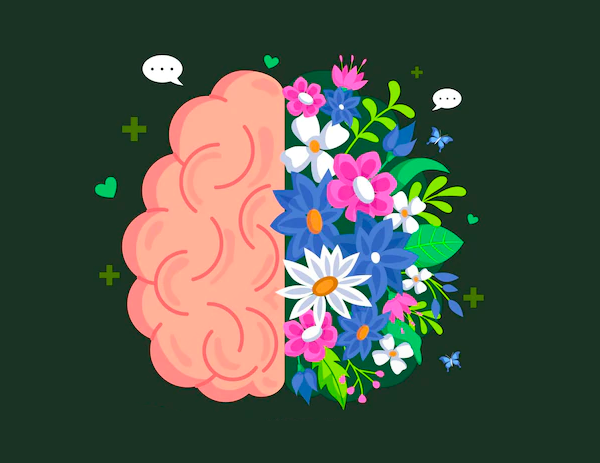 Considering the everyday stress of modern life, the sharp decline in mental health is no surprise for many of us.

In fact, mental health is among the fastest-growing needs in a community. Every year, one in five Australians experiences a mental or behavioural condition, with depression and anxiety being the most common mental illnesses.

But as prevalent as mental health issues are, they are still not accepted in society as a serious condition that needs “actual” treatment instead of simply “choosing happiness!”

No one chooses to be sick. Depression is not supposed to be romanticised by listening to sad music and wearing all-black. By doing so, you are only mocking the actual struggles of those suffering from mental health issues.

So, in an attempt to create more awareness of mental health, we’ve compiled some Australian statistics you should know and share with others…

In 2020-2021, psychological distress among Australians reached an all-time high, with 15% of the population affected by it.

According to a study conducted in 2017, 13% of Australians experience anxiety disorders every year. This implies that nearly 2 million Australians go through some form of anxiety.

However, the current statistics have only increased as today, 25% of the masses are diagnosed with anxiety that calls for treatment while another 25% experience mild anxiety. Panic attacks are not as common, affecting roughly 2% of Australians.

Moreover, about 10% of Australians were diagnosed with depression or feelings of depression during 2017-18. Precisely 1% of the population experienced bipolar I disorder, while 5% were at a lifetime risk due to bipolar II disorder.

Psychotic illnesses like schizophrenia are also common, affecting 0.4% of Australians in 2010.

According to an ABS survey in 2017, 80% of deaths by suicide were reported as having comorbidities, with most of them relating to mental health. As such, the following mental health conditions were commonly comorbid with suicide and suicidal thoughts…

Needless to say, people with disabilities are more likely to suffer from mental health issues due to their restrictive health conditions. As a result, in a 2017-18 study, 57.9% of participants with severe disabilities were diagnosed with mental or behavioural conditions.

On the other hand, 13.7% of those with no disabilities or underlying health conditions suffered from mental health issues.

4. Affected With More Than One Mental Illness

In 2017, 6% of Australians were facing anxiety along with depression. So, a total of 1.5 million people in Australia were living with more than one mental illness at a time.

5. Use Of Mental Health Services

As mentioned before, mental health is still not deemed as important as physical health. Hence, only 17% of Australians seek professional help for their mental health.

According to the Australian Child and Adolescent Survey of Mental Health and Wellbeing conducted in 2013-14, 14% of children and adolescents had a mental illness. Here, more respondents were males (16%) than females (12%).

In some cases, bringing about certain lifestyle changes can help alleviate mental health issues, given that the symptoms are minor. As such, in a 2020-2021 study, 61% of Australians reported managing their mental health through various aspects of wellbeing.

The burden of mental health issues can be classified as a fatal burden and a non-fatal burden. The former is the combined loss of healthy years of life caused by premature death, while the latter is the burden of living with an illness. So, note that mental health not only affects the individual but also the wider community.

In 2015, 12% of the total burden of disease in Australia was contributed by mental disorders and substance abuse. Out of that, 98% suffered from non-fatal burden.

9. Other Australian Statistics On Mental Health

While one cannot draw any relationship between the sex of the person and the mental issues faced by them, studies have shown women to be more prone to psychological distress. In fact, 19% of Australian women experience high or very high levels of stress compared to 12% of men.

Moreover, 20% of the young population is diagnosed with psychological distress. However, such conditions seem to decrease with age, as only 9% of those aged 65-85 years experienced the same.

In 2017-18, 20.8% of respondents reported having a mental or behavioural condition. Anxiety-related conditions were more common than depression or feelings of depression.

For the former, more females than males were diagnosed with anxiety (16.7% and 11.4%, respectively), while the numbers were more or less the same for depression.

According to a study conducted in 2017-18, 22.7% of residents experienced a mental or behavioural condition. This was driven by the increase in depression and anxiety-related conditions among the masses, precisely from 9.4% to 12.4% and from 12.2% to 15.6%, respectively.

Among youngsters, anxiety disorders increased from 10.3% to 14.5% since 2014. Similarly, among older age groups, too, anxiety-related conditions escalated from 13.7% to 18.1% of the population. Those experiencing depression and feelings of depression have also increased from 12.6% to 17.0%.

When it comes to the distinction between sexes, more females than males were diagnosed with anxiety (17.9% and 13%, respectively). However, the disparity was slightly lower among those suffering from depression (13.5% and 11.4%, respectively).

The number of people facing mental and behavioural conditions remained steady in South Australia and reached 19.9% in 2017. Other than that, 10.2% of the population suffered from depression, while 12.8% had anxiety.

Interestingly, the rates of males and females suffering from mental and behavioural conditions were similar in 2014 but gradually increased among the latter. So, in 2017, 22.6% of females reported mental health conditions against 27.1% of males.

In 2017-18, 19.1% of the population reported having a mental or behavioural condition. This implies nearly one in five residents faced mental health issues in New South Wales.

Additionally, one in ten people suffered from depression and one in eight experienced anxiety. Statistically, women were more prone to such conditions, comprising 14.1% of the respondents, whereas men formed 10.6%.

Similar to the previous regions, here, too, females showed more symptoms of anxiety and depression than their male counterparts.

One in every six Australians in this region experienced a mental or behavioural condition in 2017-18. However, such conditions were more common among females than males (20.7% and 14.3%, respectively).

Depression is the second most common mental disorder experienced here, with 7.5% of the population diagnosed with it in 2017-18.

Mental health issues among the residents of Victoria have been increasing since 2014 and resulted in 20.2% of the people having a mental condition in 2017-18. Here, too, females formed a majority among those suffering from anxiety-related conditions, precisely 16.1%. In hindsight, only 9.9% of males were said to experience anxiety.

Moreover, one in every ten Australians living in Victoria has experienced or experiences depression.

From the statistics above, we hope you were able to understand how mental health is a real issue affecting our population, especially the younger lot. Not just Australians, but mental health affects many people in different demographics.

Hence, the logic of “one shoe fits all” is not suitable while treating mental health issues as every disorder is unique and stems from a different incident/factor. It is only through awareness and education that one can break free from societal pressure and seek professional help when faced with any mental health disorder.